Publisher Deep Silver and developer Volition have told GamesRadar Saints Row (2022) will have cross-gen support, but it will not support cross-play.

“There is cross-gen play,” said a representative for publisher Deep Silver. “So Xbox One to Xbox Series X/S co-op is doable, and PS4 to PS5 is too – but not cross-console play.” 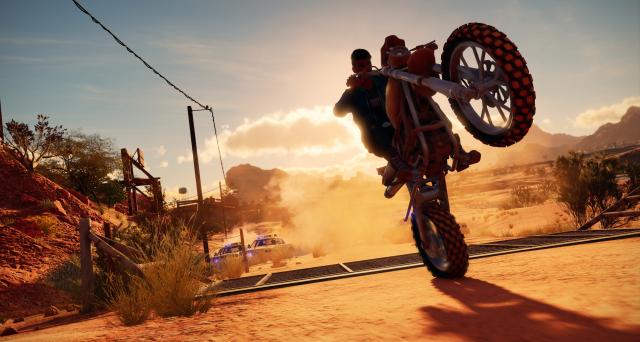 The representative could not confirm whether the game will support cross-play between any console version and PC.

You can read the VGChartz hands-off preview of the game here. Our own Paul Broussard said “[Saints Row (2022)] is something I’m approaching with cautious optimism.  As someone who liked Saints Row IV quite a lot, I can’t say I’m not a little sad to see the days of wacky movie parodies and superpowers go.”

Saints Row will launch for the Xbox Series X|S, PlayStation 5, PlayStation 4, Xbox One, and PC via Epic Games Store on August 23, 2022.

A life-long and avid gamer, William D’Angelo was first introduced to VGChartz in 2007. After years of supporting the site, he was brought on in 2010 as a junior analyst, working his way up to lead analyst in 2012 and taking over the hardware estimates in 2017. He has expanded his involvement in the gaming community by producing content on his own YouTube channel and Twitch channel. You can contact the author on Twitter @TrunksWD.