Eminem’s Daughter, Hailie Jade, Talks About Life Growing Up With A Famous Dad On Her New Podcast

You may think being the child of a celebrity is everything but ordinary. However, Hailie Jade, the 26-year-old daughter of rapper Eminem, says everything felt “normal.” Jade opened up about life with a rapper dad on her new podcast, “Just A Little Shady.” 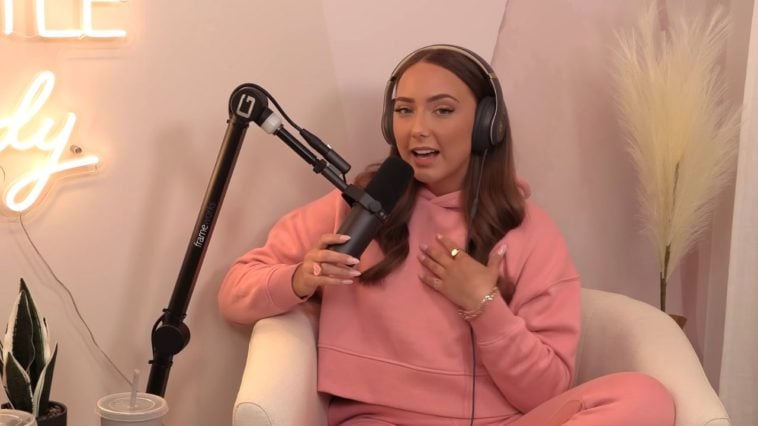 Jade’s podcast co-host and long-time best friend, Brittany Ednie, sat beside her as she cleared the elephant in the room – the double entendre in the podcast’s name – and discussed the life they had growing up with celebrity parents.

“At the time, it felt so normal and not anything strange or different. I mean, ’cause we didn’t know any better,” Brittany said.

The best friends took trips to California and Florida, living the tour bus life with Eminem. Besides living the unpredictable rap star lifestyle as kids, the two best friends did everything else like usual kids.

“Obviously, we were in normal public school, we never thought anything was different,” Hailie said.

“We had so many normal experiences that when something like that happened, I thought that everybody else does this too.”

In addition, Hailie talked about her teens when she took school seriously and did everything to avoid trouble. She described one time at a football game where she saw people were drinking.

“It hit me right in that moment, I gotta go,” she said.

Hailie Jade graduated from Michigan State University with a degree in psychology.

Hailie is in her bag, and so is her father.

Eminem recently announced he is coming out with a new album, a sequel to his 2005 album, Curtain Call: The Hits.

The real Slim Shady announced via Instagram that he would release the new album on August 5.

Share
Previous Brad Pitt isn’t as radical as he wants you to think in a linen skirt on the Bullet Train red carpet in Berlin
Next Dr. Oz Gets Defensive About Fetterman Using Snooki to Point Out His New Jersey Ties