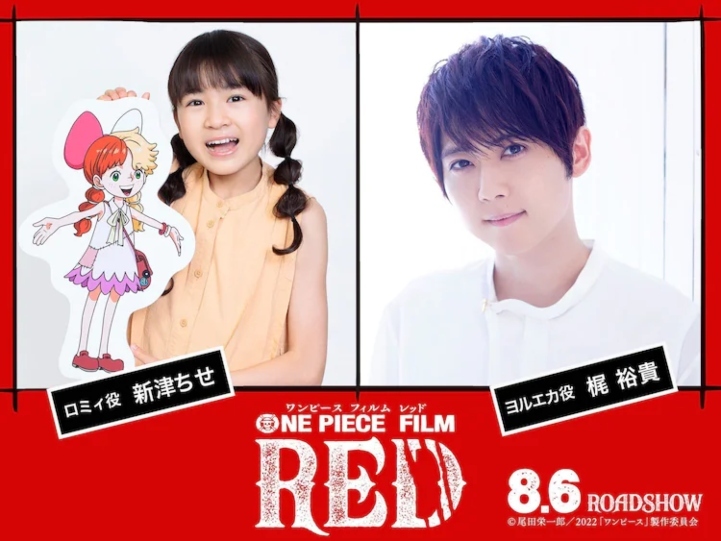 The official website of the One Piece Film: Red anime movie revealed a pair of additional cast on Wednesday. The movie is scheduled to open in theaters on August 6.

Note: The cast list includes members that have been previously announced in older news. The new cast announced are denoted with legend NEW.

Director of Photography: Tsunetaka Ema (Made in Abyss)

Gorou Taniguchi (Code Geass: Hangyaku no Lelouch) directs the movie at Toei Animation, with Tsutomu Kuroiwa (One Piece Film: Gold) penning the script. Eiichiro Oda, the original creator, is serving as the chief producer and supervisor for the film.

Share
Previous ‘Kin no Kuni Mizu no Kuni’ Reveals Main Cast, Teaser Trailer
Next ‘Only in Theaters’: Inside Hollywood’s Campaign to Get Audiences Back to the Big Screen