R&B singer Jhenè Aiko has launched her new record label ALLEL Sound in partnership with Def Jam Records. To celebrate, Jhenè collaborated with her first signee on a new track. 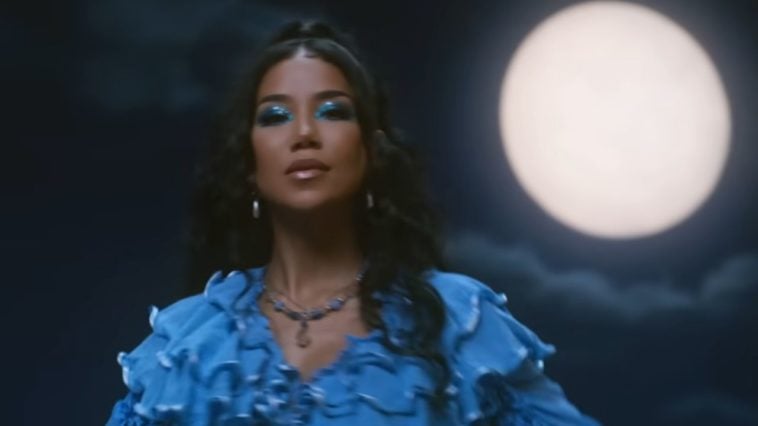 The “Sativa” singer is currently on a music hiatus, but that doesn’t stop her from partnering with Def Jam Records in a joint-venture label deal.

Though the label is newly-launched, Jhenè wasted no time getting to work with signing her first artist, singer-songwriter August 08.

Seems like the Grammy-nominated singer is back in the studio, with the recent collaboration with her first ALLEL Sound signee, August 08, on his latest single, “Water Sign.”

The track serves as the lead song from his debut album, Towards the Moon,  which was released earlier this month. August 08 shared his excitement to partner with Jhenè.

“As a longtime fan of Jhene’s, I’m really humbled by her belief in me as an artist. She set the bar as an independent R&B artist from LA who wrote her own rules and made no compromises in following her dreams. We really vibe on music and creativity and I’m excited to go on this journey with her.”

Los Angeles native August 08 is a singer-songwriter who has been in the music industry for some time.

The “Water Sign” singer released his first EP, Father, back in 2018 and has been taking the game by storm ever since.

The singer has worked with artists like Schoolboy Q, Ty Dolla $ign, and Bino Rideaux, to name a few.

Fans are excited for August’s new venture with Jhenè and cannot wait for more music.

According to reports, Jhene Aiko is pregnant with her second child – her first with longtime boyfriend, rapper Big Sean. The couple was spotted in Beverly Hills with a pronounced baby bump.

Share
Previous Prodigy Releases Posthumous “You Will See” Music Video, Estate Announces New Album
Next I Shaved My Permed Hair After ‘Apraku My Daughter’ Claimed Relaxers Were Made With Human Blood – Diana Asamoah