tvN’s “Eve” has shared a behind-the-scenes look at the drama!

“Eve” is about a chaebol‘s 2 trillion won (approximately $1.7 billion) divorce lawsuit that shocks the entire nation. Unbeknownst to the public, the lawsuit is the result of a carefully calculated revenge scheme 13 years in the making. Seo Ye Ji stars as Lee Ra El, the dangerously alluring woman at the center of the divorce lawsuit whose true identity and lifestyle are slowly starting to come to light.

The making-of video begins with Lee Sang Yeob and Yoo Sun filming the scene where he requests a divorce. The two actors fully immerse in to the tense situation and draw out the scene with their skillful acting. However, Yoo Sun eases the rigid atmosphere during break with her down-to-earth jokes and glowing smiles. 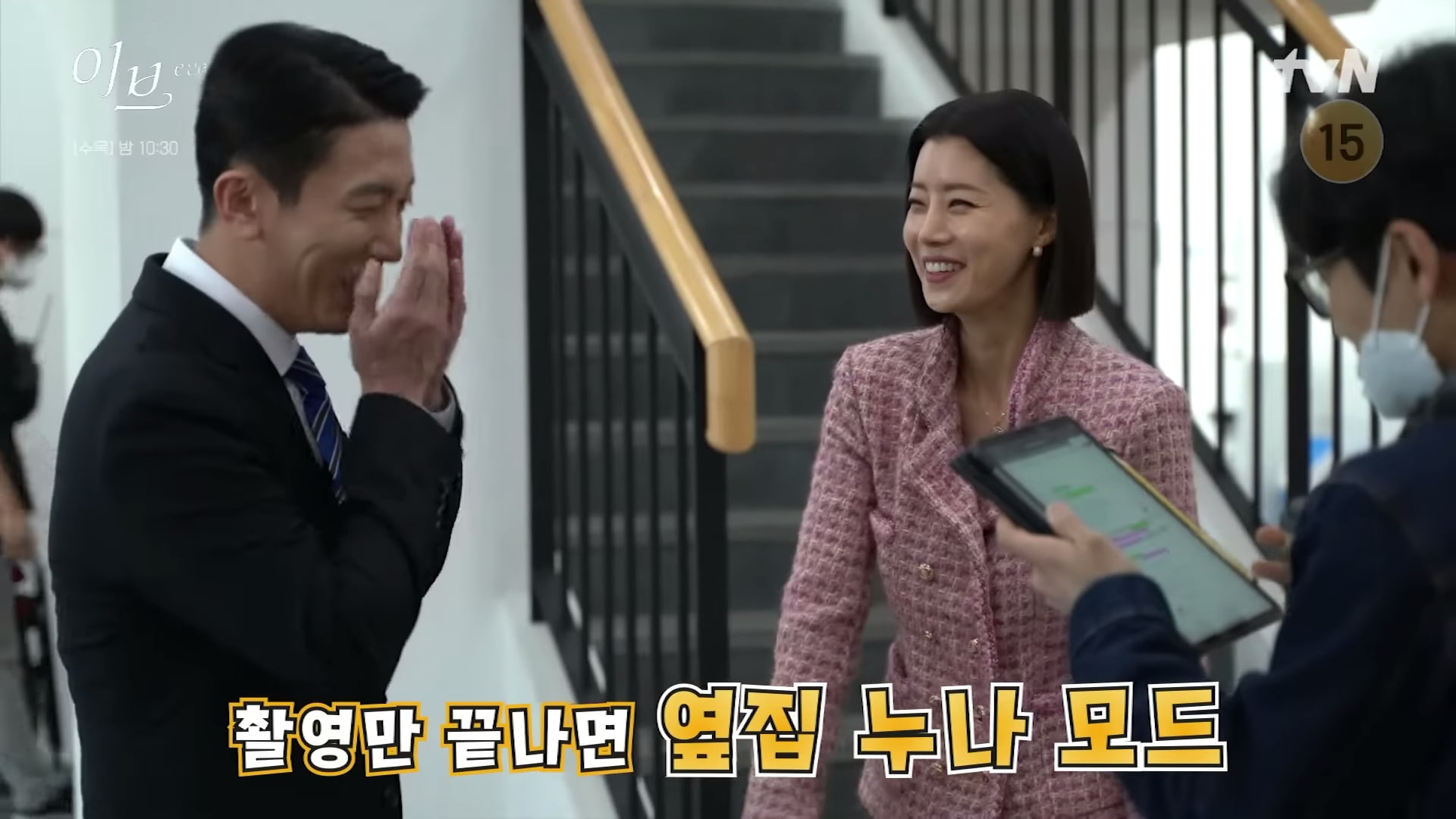 Next, Lee Sang Yeob goes over the directions for the scene where he gets stabbed. He suddenly requests for a knee pad, and the director asks, “You don’t need one, right?” The actor looks flustered and comments, “The… sharp rocks… on the ground…” He adds that he doesn’t want to suddenly shout in pain because he gets scraped by them, and the director cracks up at his excuse.

The actors start the rehearsal, and despite the fact that they aren’t officially filming, both Lee Ra El and Lee Sang Yeob show off their passionate abilities to transform into their characters. The caption on the screen reads, “Everyone… this is a rehearsal…” 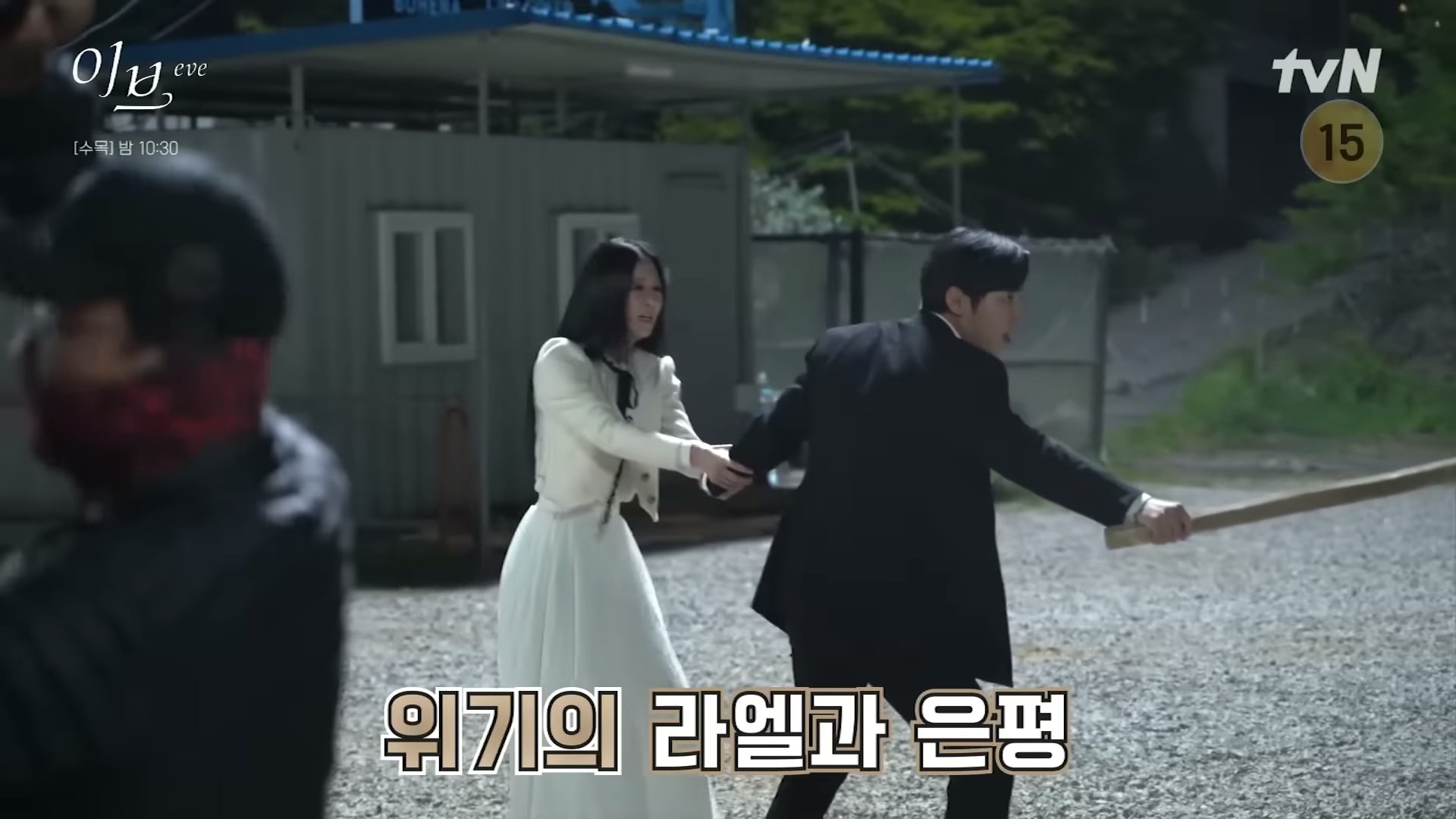 Park Byung Eun and Yoo Sun are preparing to film the scene where her character reveals the truth about Lee Ra El. Before filming, Park Byung Eun examines a glass cup that is being used as a prop, and laughing, he remarks, “I have this at home too! You can buy it at Daiso.”

Shooting begins, and Park Byung Eun is no longer in joking mode. Park Byung Eun and Yoo Sun exchange lines as tension explodes in the room, drawing admiration for their professionalism. Although their characters are now enemies, the two actors show their friendliness on set by meticulously discussing the scenes together. 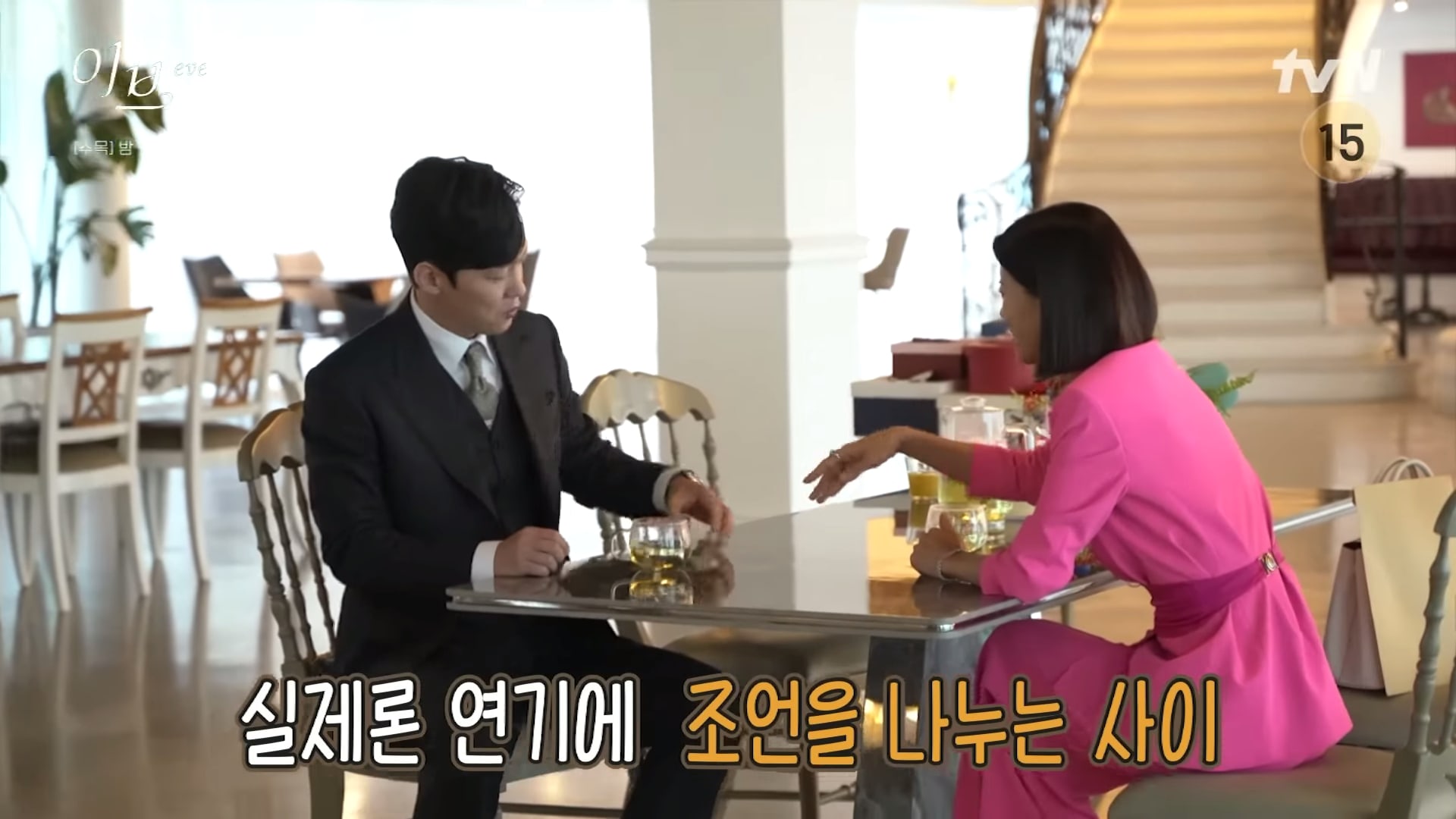 Watch the behind-the-scenes video below!

Catch up with “Eve” on Viki:

How does this article make you feel?