Slam Dunk, the God of sports manga/anime, is back after decades with the first movie of the franchise, which is appropriately named “The First Slam Dunk.”

Tensai Sakuragi Hanamichi will make his appearance once again to win the hearts of every otaku out there.

The First Slam Dunk anime movie will be released in Japan on December 3. Although planning for worldwide streaming has not been made public yet, I hope Crunchyroll takes up the responsibility.

Toei Animation has revealed a new teaser for the film, and I’m glad to see the five members of Shohoku look as sharp as ever:

The video did shock me as the series has switched from the vintage animation style to 3DCG. I’m bound to say that in this case, the change suits the movie more.

Despite the lack of plot clarification, some calculating glares from all the members have been served in the teaser. I hope that the film adapts the manga from where the anime ended.

The 101-episode anime ended after adapting the Shohoku Vs. Shoyo and Ryonan match. The rest of the Inter-High arc is yet to be adapted, but I’m not sure if a single movie can cover this gigantic arc.

Since some of the most high-strung matches are included in the Inter-High Tournament, I am looking forward to the movie. Sooner or later, Shohoku will have to face the monster team, Kainan, and I promise it will leave you in tears.

About The First Slam Dunk

The First Slam Dunk is the first anime movie from the Slam Dunk franchise. The film is set to be released on December 3, 2022.

A definite plot for the movie hasn’t been confirmed yet, but it might adapt the plot from where the anime ended. The Inter-High Tournament is yet to be fully covered. 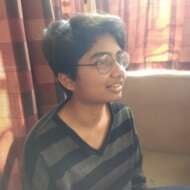